A documentary by Laurent Chevallier – 70 min
Garibaldi recreation center in Montreuil. This year, in the city of the famous Georges Méliès, the center’s director and some of the animators have decided to introduce the children to how movies are made.

Every Wednesday, professionals come to talk to them about the history of documentary, fiction, framing, special effects, scenario…

“Were the Lumière brothers real brothers? Do actors really die?”
Their interest is matched only by their distraction: every intervention raises many questions, but also a lot of agitation… and the animators sometimes need a great deal of know-how to channel this energy.

However, as the year progresses, a small group of particularly interested children emerges. Faced with their fascination, the supervisors decide to extend the experience by making them direct their own short film. Aïssam, Jérémy, Pablo or even Thomas throw themselves with passion in this adventure.

The film depicts the day-to-day history of this discovery and this creation. As portraits of young protagonists, the film invites the spectator back to childhood: the childhood of the small group of Garibaldi, but also their own. As if rediscovering cinema with them inevitably brought us back to our own childhood excitement in front of the big screen. 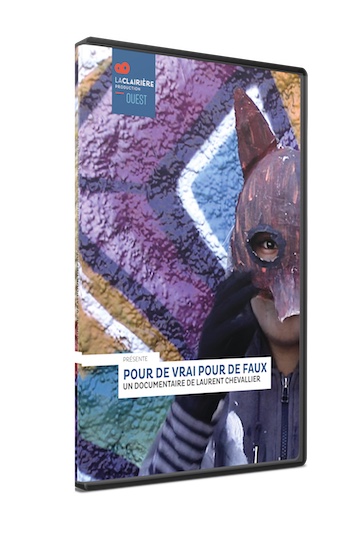